What Does Web3 Technology Mean to You? 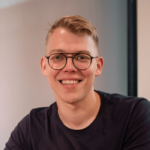 Web3 is an upcoming wave of technologies that will help decentralize the internet and give more power back to users through tools like the Pillar wallet.

Good solutions serve the user—not the other way around.

That’s why we are in dire need of Web3 crypto technology.

Incredible as it may seem, some decades ago, people had to be in front of their television at a specific time to watch their favorite show. As if people didn’t have better things to do than waiting for stuff to happen.

The viewer was subject to the content and the platform and therefore the platform could impose the ‘how’ and ‘when’.

Similarly, on the internet, we have made some concessions that might seem strange to your near-future self. We have assumed as indisputable that we are passive actors and lazy cookie policy acceptors in all that internet thing.

But, can Web3 technology (or Web3.0) help resolve this matter?

Analogic-class workers from the ’80s being entertained.

Is Web3 Going to Hurt?

Web3 is a set of technologies that change how the internet is structured, affecting the end-user experience.

Pillar wallet takes advantage of this technology, enhancing users’ range of choice. Individually, Web3 technologies are nothing strange to an IT expert, but in combination, they fundamentally change the internet’s UX landscape. It creates a new field of expertise for programmers.

In addition to this, applications have important differences with respect to the previous generation of applications. Using distributed software, Web3 apps can take advantage of microservices. These are like lego blocks—working independently when put together. This independence leads to distributed processing that allows different tasks to be executed on different devices. Finally, we have distributed storage.

The distribution of data in different locations increases the risk of losing control over the data and this is why many applications devise solutions based on blockchain distributed systems, so that protection of users’ identity and data is guaranteed.

Web3 is effectively a new kind of internet where the user controls the traffic flow, rather than just participating in it. That is possible because everything requires a validated transaction. This connects provided data or triggers an action somewhere by two parties that acknowledge each other without the participation of third parties. This is the essence of Web3.0 dApps.

With this scenario, you ensure you are in control—a master and commander of your data. Whether that means your identity, transactions, access to resources, or permission to perform actions—only you determine what and how is used.

Web3 has already begun. DeFi is Web3 at its core, and DeFi users are the first to experience its advantages and risks. They know the importance of owning resources and data and the responsibility that comes with it.

All Pillar users are already using Web3 technology any time they connect their wallets to DeFi apps present in the Pillarverse.

There are still challenges, as we debated in our last webinar, but the DeFi ecosystem is already putting the means to advance in this new way to live the internet experience.

So, do you want to check the future of the internet now? Simple. Give Pillar wallet a try to find what Web3 holds in store.