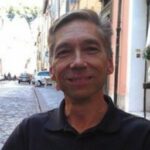 In this article, we explain liquidity mining and Pillar's token reward program.

Apologies to Kenny Rogers for the title. Pillar Foundation just announced a 250,000 PLR token reward program for token holders providing liquidity to the Uniswap V2 exchange for the next 30 days. What does this mean, and should I participate?‍

‍Let’s use an example. Suppose Alice wants to buy 1,000 Pillar tokens (PLR). She has some Ether (ETH) and wants to exchange an equivalent value of ETH for those PLR tokens. An exchange is a software platform where this purchase takes place. It’s similar to a stock exchange where you could buy shares of Tesla stock using US Dollars. So, Alice uses her digital wallet (it could be her Pillar Wallet, or it could be another wallet) and finds an exchange that is trading PLR and ETH.

For an exchange to function so that Alice can buy PLRs, there must be other people there who are willing to buy and sell PLRs for ETH. That there is sufficient PLR and ETH to make the trade is called “liquidity”. The people that provide the liquidity are called “liquidity providers”. Each liquidity provider places an amount of PLR tokens and an equivalent amount of ETH into a “liquidity pool”, which makes it available for others to buy and sell at the current market price.

Let’s assume that Bob is a liquidity provider for PLR/ETH and he has placed 50,000 PLR and an equivalent amount of ETH into the pool. Let’s also assume that Bob is the only liquidity provider in the pool. Alice will make the trade and pay ETH for 1,000 PLR tokens. Bob’s supply of PLR tokens in the pool will decrease by 1,000 and his ETH balance will increase by the amount that Alice paid.

Typically there are many liquidity providers in a pool. Let’s now assume that Bob’s PLR balance is 20% of the tokens in the pool. When Alice makes the trade, all liquidity providers share in the trade, based on their proportional share. So in this case, Bob’s PLR balance would decrease by 200 tokens (20% of 1,000) and his ETH balance would increase by 20% of what Alice paid in ETH.

So, why would Bob, as a PLR token holder, want to provide liquidity to an exchange? First off, there is a small fee charged to Alice on each trade, something like 0.3%. The fee is divided proportionally among the liquidity providers. This is the primary way that liquidity providers earn money versus just holding the tokens in a wallet. This works well for the liquidity providers if the token price is relatively stable and there are a lot of both buy and sell transactions on the exchange.

However, in a market where more people are buying a token and the token price is appreciating dramatically, there could be financial risk for the liquidity providers. Let’s revisit the first example where Bob is the only liquidity provider and Alice’s trade was the only one that happened. Now let’s say that the price of the token has doubled since Alice’s trade was completed. Bob’s PLR balance has decreased 1,000, and those “lost/sold” 1,000 tokens are now worth twice as much as the ETH he received when the trade happened. The small transaction fee earned would not come close to covering this impermanent loss”. In this case, Bob would have been financially better off holding the PLR and ETH in his wallet.

In that example, and stated in terms of PLR tokens, Bob would need 500 more PLR tokens in his account to offset the financial loss compared to holding the PLR and ETH. That amounts to 50% of the decrease in token balance. This assumes a stable ETH price. A rising ETH price would make the loss smaller, as would a less dramatic token price increase.

How Pillar is making the risk / reward ratio more attractive

So now, enter the Pillar token reward program for liquidity providers, also called a “liquidity mining” program. At the end of the 30 day program, Pillar will reward liquidity providers with PLR tokens based on the decrease of their PLR balance in the liquidity pool. If the total balance decrease in the pool is less than 250,000 tokens, Pillar will reward one PLR token for each token “lost”. If the total pool balance decrease is greater than 250,000, then the reward tokens will be allocated proportionally.

Looking at the last example with the rewards program, Bob would be rewarded with 1,000 PLR tokens. If he needed 500 tokens to become whole, the extra 500 tokens are pure profit for his role as a liquidity provider. Sweet. If the token price increase was less dramatic, Bob would have even more “profit” tokens. Even sweeter.

While there still could be financial risk as a liquidity provider, the rewards program eliminates most of that risk and provides a nice upside in most scenarios. Based on my calculations, with a stable ETH price and a one-to-one reward match, it would require over a 10x increase in the token price to be financially exposed to a loss. Obviously a smaller reward match or a declining ETH price could affect this calculation.

While I can’t tell you whether to participate as a liquidity provider, nor am I providing any kind of financial advice, I hope I’ve shown that the rewards program makes the risk / reward ratio more attractive. The decision to hold or mine is yours. Pillar is also evaluating this 30 day trial program and will likely continue to evolve it based on results and feedback.

Watch Pablo’s video below for a step-by-step tutorial on how to participate in our liquidity mining program, or check out this guide.

Join our Discord to discuss everything tokenomics and governance