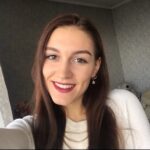 Feeling the FUD? Want to avoid the high cost of smart wallet deployment fees on Ethereum mainnet? Pillar has a solution for you. Actually, a few ;)

You probably know about network fees.

When you use a peer-to-peer payment network like Ethereum to send cryptocurrency, you’re charged for it. This is called a network fee. It supports the network operator to keep running the network so mining can continue. Mining on the blockchain is like mining in real life – it requires capital. Network fees fluctuate, and can get very high at certain times. There are many factors that affect the rate, but fortunately you do have some control over the amount of fees you incur, like choosing which wallet you use or paying less and getting your crypto sent more slowly.

The problem with peer-to-peer payments  is that you pay every time you transact. It’s a charge that changes.  Or, a tax, if you will (but you won’t, you’ll see…).

That’s the history. Today, the future is smart, and wallets are smarter.

“Deployment fee”? What, me?

Yes, you. But not just you.

Everyone pays, first time. No matter who, no matter how much is being sent that first time, or how little.  Deployment fees are extremely democratic in that way.

They’re democratic, but they aren’t set. They fluctuate. They may be manageable one day and mad-expensive the next. It may cost next to nothing to start using a smart contract wallet on Monday, and be 10x the price to deploy one for the first time the next morning.

Why? It’s all about demand. Think of a freeway. If there’s lots of traffic, you sit, stuck, bumper-to-bumper, inching along slowly in the traffic jam while your car chews fuel which pushes the cost of the trip up, even though the distance has not increased.

In the same way, if the network you want to deploy to is congested, it costs more to do so because it takes more gas to run that initial transaction. Gas is the fuel that powers the transactions. So, say you want to send $20 worth of Ethereum, on Ethereum mainnet, for the first time. If you’re using an undeployed smart wallet, it may cost you around $70 as a once-off. That’s super expensive. What are your options? Diversify. Which Pillar already did for you.

Pillar Wallet is at the forefront of Layer 2 solutions. Layer 2 solutions extend decentralised blockchain platforms’ scalability and offer users direct access  to multiple chains, each using the same wallet address (except for that maverick, Avalanche, which uses its own) within our wallet, .

This means  you can be completely flexible with your funds while taking advantage of the lowest deployment fee possible. How? By choosing which network to deploy to.

Pillar wallet lets you choose. If the Ethereum network is too expensive to deploy to at the time, you can simply use Polygon, which, as many of you know, is an Ethereum sidechain with much lower gas fees.

Other options include Gnosis (formerly xDAI) or BNB (formerly BSC) and the recently-added Avalanche (or AVAX, the one with its own address). Pillar Wallet subsidizes V2 wallet users’ in-app deployment fee for both Polygon and Gnosis chains, so you pay even less than someone from outside the Pillar community would.

On top of all this, Pillar wallet batches the deployment fee with your first transaction on whichever network you choose to deploy to. This further reduces transaction fees by rolling two transactions into one.

Having a variety of options helps you save huge amounts on deployment and transaction fees and creates a more inclusive ecosystem open to more than just whales.

After all, decentralization is about inclusion on all levels, and we’re happy to offer you a more seamless multichain experience through Pillar Wallet.

See it in the wallet