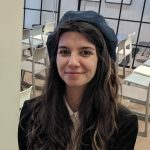 Behind every great wallet is a multitude of teams making that wallet smarter, safer and more enjoyable to use. Abridged is one of those teams.

As the Pillar Platform grows its ecosystem of products, services, and breakthrough technical integrations, we want to celebrate and showcase the minds behind the code.

Behind every great wallet is a multitude of teams making that wallet smarter, safer and more enjoyable to use. Abridged is one of those teams.

Their SDK (software development kit )powers the Pillar Smart Wallet and Payment Network, allowing our devs to implement smart contract accounts in a way that carefully considers both user adoption AND experience.

We caught up with James, the Abridged team’s co-founder and business lead, to find out why creating memorably easy user experiences draws people in — and keeps them there.

How did Abridged come about?

Abridged was launched earlier this year in March by James Young, the team’s CTO. He’s the ‘visionary’ who’s been driving forward this project. The team have been focusing on user adoption, figuring out what it takes to seamlessly onboard new users into the blockchain ecosystem by abstracting as much complexity out of it as possible.

James and co-founder Eric Chung got together and started building a new product based on the toolkit which James had already been developing to most effectively do this. The result was an off the shelf toolkit which enabled developers to easily deploy DApps. This SDK provides the necessary building blocks to execute effective design decisions.

This toolkit enables DApp builders answer questions like how do we whitelist the number of private keys that are able to sign and send on behalf of the contract? Where are the funds managed?

This freedom also means that clever and user-focused design choices can be made, so developers can even start building and customising advanced features like social recovery mechanisms, withdrawal limits and security models which their smart contract utilises.

Why should Pillar users care?

When new users enter the world of blockchain, their first experience is the most crucial. As a general standard, decentralised platforms and apps require users to generate a private key or seed phrase, typically through an external tool like MetaMask.

But the Abridged team know just how much this industry standard has limited user adoption — there’s a 99 percent drop off rate when new users are required to do this! This has been one of the biggest barriers that UX teams are dealing with today.

Abridged are breaking down this barrier and bringing down that ridiculously high fall-off rate.

Their SDK enabled Pillar’s own developers to integrate smart contracts into your wallet and create an intuitive onboarding flow. Now, instead of having to learn about what a private key or seed phrase is, or even how to safely manage funds, you’re able to interact with DApps in a way that makes total sense. It creates a more familiar experience, similar to any Web 2.0 app today, such as Facebook.

James says that while hardware wallets are still useful — such as acting like your long-term savings account — smart contract wallets can serve the same function, but with some more robust and customisable features built-in. For example, users could add an extra security feature like 2FA or create a personal withdrawal limit. As far as security goes, a smart contract wallet could be considered even more safe, as if you lose your private key there’s an opportunity to recover it. This empowers users with more choice, allowing them to manage their funds with more flexibility and control.

What do partnerships mean for Abridged?

/-) Abridged in the Wild

James notes that collaborating with Pillar has given the team a lot of vital product feedback, enabling it to evolve and grow. We were among the first projects to adopt the Abridged SDK, so this really helped them to understand what features make the most sense, and how to implement these with end-users always in mind.

James also believes that smart contract wallets will remain a relevant topic. As they continue to be adopted by more and more decentralised applications, this will open up the door for scalable, Layer 2 solutions to be more widely used.

He hopes that by the next Berlin Blockchain Week, we’ll be talking about the first DApp with 100 thousand users! A dev can only dream, but who knows what this ecosystem is capable of…