A Challenging But Productive 2021 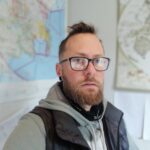 Another long and eventful year is behind us and we couldn't be more thankful to have you here with us on this journey. Every single month of 2021 brought with it new milestones and features to make Pillar the best crypto wallet and Pillar’s community the proudest owners of it.

Our amazing community was and is the focus. New efforts on that front started in January, with the launch of our Governance Forum and the organization of our first community-run meeting which now happens every 2 weeks in the form of the Governors Call held on our Discord. The final months of the year we’ve been finalizing the formal side of our DAO, getting ready to officially move 100M (minus what we’ve already funded some initiatives with) to the community-owned multi-sig wallet.

We also interacted with the wider Ethereum and EVM community. It was amazing to finally meet in person – first in Paris, for the ETHcc Week that took place in July. Then in October we joined the Lisbon Blockchain Week and sponsored LisCon – an extraordinary, one-of-a-kind event about all things Ethereum and Web3.

A lot of these new conversations and relationships started around our brand new baby – Etherspot SDK. On the tech side, in January we sponsored the Data Economy Challenge Hackathon to raise awareness of the Etherspot SDK. In April, the open source Etherspot SDK was publicly released, and featured at HackMoney in June and HackFS in August as the go-to development tools, helping to spread the word far and wide. Throughout the year we expanded the list of supported chains from Ethereum, Polygon, xDai and BSC and added Avalanche, Aurora, and Fantom to the list.

Throughout the year, we truly maximized the potential for our users to earn more with their crypto tokens. In February, we released the in-wallet Liquidity Mining (LM) feature, and right after that in March, we launched our own PLR LM program on SushiSwap. We whitelisted PLR on Bancor in July, enabling holders to leverage single-sided liquidity provisions. Then we released the multichain support for in-app swaps by adding SushiSwap & 1inch offers, and soon after that launched the first non-ETH-based PLR LM program on QuickSwap.

A successful release of Pillar V2

The focal point of this year was our Pillar V2 release. We started by conducting a beta-testing campaign in preparation for the release of the multichain wallet in May and then unveiling the brand new app with support for Polygon, xDai and BSC in June. It became the showcase of Etherspot’s powers and solved the issue that has continue to haunt our users since 2019 – extremely high ETH fees. With “one dashboard for all chains” it all became much more accessible and user-friendly – key values we lived by even before we released our very first app.

Our successful V2 launch also saw us leaping ahead in educating Pillar wallet users about DeFi, supported in part by our new partnership with NovumInsights. Their data feeds help us to provide users with industry updates via in-app Pillar Stories. Access to educational stories and other actionable insight, right where users transact, quickly became the most popular feature of our wallet, and a differentiator that kept many coming back

In July, we joined the cutting edge world of Web3 by partnering with UnstoppableDomains and integrating it into Pillar app. This allowed users to simplify their crypto payments through turning transaction addresses into APIs, meaning that users can create a more user friendly wallet address looking more like name.pillar.eth than the usual 0x123abc….

Whew! What a year! And now let’s celebrate!

Not only did we airdrop an array of POAPs to Pillar users, webinar and Governor’s Call participants earlier this year, in this celebratory season we have offered an even greater surprise from the skies—an airdrop of festive proportions!

If you sign up by the 7th of January, you can get free PLR, PSP & MATIC tokens, out of a shared $36,000 worth, straight into your Pillar wallet, by just following some simple steps.

Want to learn more about how to earn by using sidechains and our collaboration with ParaSwap and Polygon? Save your spot in the upcoming AMA sessions!

The best questions will share the reward pool of $50 in PLR. Prepare your questions and stay tuned!

So what are you waiting for? Ring in some holiday crypto cheer by downloading the Pillar wallet, if you haven’t already, and catch your own share of our festive season Airdrop.